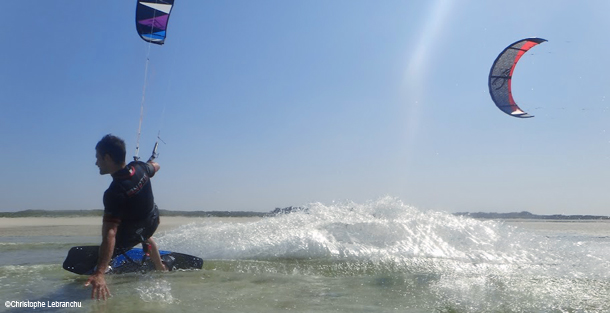 Ideally located within a large, sheltering bay, Brest is also known as the 'city of five harbours'.

A campus by the sea

Studying at UBO offers students a wide range of aquatic sports including  windsurfing, sailing, surfing, and kitesurfing. Stroll along the boardwalks at Moulin Blanc or the Château harbours, and soak up the maritime atmosphere. The inviting terraces of a variety of restaurants and cafes await you.
At the weekend, the Rade de Brest sees the arrival of all kinds of sailboats, which you can admire from one of the many coastal trails that are particularly popular with hikers.

There are three UBO campuses in Brest: two are in the city centre, whereas the Science campus (where the university halls of residence are located) is a 10-minute bus ride from Place de la Liberté, the city’s central square. Brest has a good public transport system, with a tramway, multiple bus routes and cycle paths to help you travel around easily. Accommodation is both plentiful and affordable, with average rents starting at around €250 a month. See the Brest-life website for further information.

Brest, a city for all budgets

Accommodation in Brest is varied and accessible and rental cost among the lowest in the Grand Ouest region: the average price per m2 is €7.20, compared with €9.4 in the nearly cities of Rennes and Nantes, and more than €27.8 in Paris!

Live concerts and shows every night

Brest is a lively university town, its streets animated by the energy of its 23,000 young people. It has a rich and vibrant cultural scene with weekly music, dance and theatre performances, and a range of festivals are held throughout the year. It’s easy to get caught up in the city’s attractive nightlife! Whatever your musical tastes, you will find what you’re looking for in Brest, from classical concert to the most popular bands on the scene.