Heritages
and constructions
in text and image

The Discourse of Public Participation Media From Talk Show to Twitter 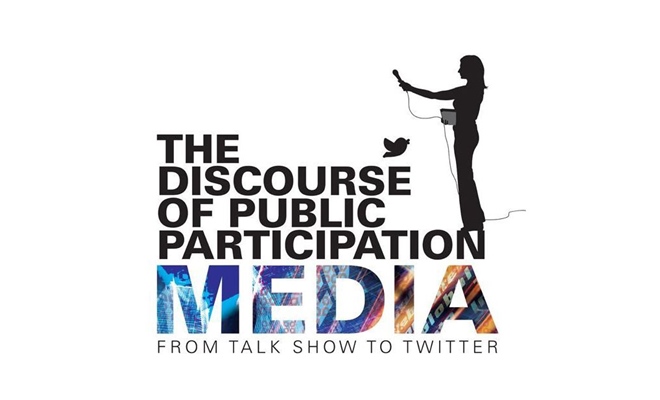 The Discourse of Public Participation Media takes a fresh look at what ‘ordinary’ people are doing on air – what they say, and how and where they get to say it.

Using techniques of discourse analysis to explore the construction of participant identities in a range of different public participation genres, Joanna Thornborrow argues that the role of the ‘ordinary’ person in these media environments is frequently anything but.

Tracing the development of discourses of public participation media, the book focusses particularly on the 1990s onwards when broadcasting was expanding rapidly: the rise of the TV talk show, increasing formats for public participation in broadcast debate and discussion, and the explosion of reality TV in the first decade of the 21st century. During this period, traditional broadcasting has also had to move with the times and incorporate mobile and web-based communication technologies as new platforms for public access and participation - text and email as well as the telephone - and an audience that moves out of the studio and into the online spaces of chat rooms, comment forums and the ‘twitterverse’.

This original study examines the shifting discourses of public engagement and participation resulting from these new forms of communication, making it an ideal companion for students of communication, media and cultural studies, media discourse, broadcast talk and social interaction.