Following the initial work done by the laboratory scientists (performed in collaboration with chemists in Brest and Rennes) on synthetic non-viral vectors for the gene transfection and the arrival in Brest in 2004 of Pierre Lehn, who had himself a long standing expertise in vectorology recognized at the international level, the important research effort of the “Gene transfer and Gene therapy” group during the last years has aimed to strengthen and further enhance that research avenue, in particular via the setting up of novel academic collaborations and the strengthening of its technological applications and thus its societal impact.

The main features of these various “Bio-inspired” vectors were presented in two review articles (Montier et al, Current Gene Therapy, 2008; Berchel et al, Biochimie, 2012). Of note, all these studies generally focused on in vitro gene transfection into various cell types (especially airway epithelial cells) and into the airway epithelium of the mouse in vivo (in particular with bioluminescent imaging and general cytotoxicity assessment in vivo) with a view to the lung gene therapy for Cystic Fibrosis (CF). Very recently, we demonstrated that such arsonium-based lipophosphoramidates are able to transfect epithelial cells and to kill bacteria at the same time, which represents a major interest in CF gene therapy (Le Gall et al, Adv Health Mat, 2013).

On the other hand, relying on our broad non viral expertise, we chose to also perform some cancer gene therapy studies. Here, lipophosphoramidates were found to be efficient in a gene-based anti-melanoma immunotherapy approach involving the transfection of a melanoma-specific antigen into human dendritic cells (Le Gallo et al, J Gene Med, 2008). In parallel, we have also developed, in the nude mouse, a tumour model consisting in the grafting of human melanocytes genetically-engineered to express the luciferase reporter gene and in which in vivo bioluminescence imaging allows thus to follow the tumour growth and the potential effect of a given treatment. Here, some lipofection-based “Suicide-gene” strategies were found to delay the tumour growth (David et al., Int J Pharm, 2012; David et al, J Gene Med, 2012). Some extinction strategies based on siRNA are ongoing work (Resnier et al, Biomaterials, 2013). We have also developed a metastatic mouse model, modifying the expression pattern of the melanocytes. This model and our competences in imaging are also useful to evaluate other approaches based on the delivery of anticancer drugs (David et al, Mol Ther, 2013; Rivera-Rodriguez et al, Int J Pharm, 2013; Lollo et al, Eur J Pharm Biopharm, 2014)

As planned, we have also started novel academic collaborations. Thus, in the context of Biogenouest, we have been involved in the first large federative research programme entitled “Synthetic Vectors”; in addition to the 3 aforementioned teams for Brittany, this network brought together two other teams from the Pays de la Loire region, one from INSERM U915 in Nantes and another one from U1066 in Angers. For example, collaborative work performed in that context showed the feasibility of passive tumour targeting by using DNA nanocapsules (Morille et al, Biomaterials, 2010).
Next, we have also started a collaboration with chemists from Grenoble (UMR CNRS 5063) which has already allowed us to explore the transfection activity of cationic lipids with a neamine headgroup (Le Gall et al., Bioconj Chem, 2009).
Finally, whereas our work in the field of cancer gene therapy is supported by the Ligue contre le Cancer and the Canceropole Grand Ouest, it should be stressed here that, in a context of a “strategic” long-term research programme launched by AFM (Association française contre les Myopathies, the French muscular dystrophy foundation) in 2009, Pierre Lehn is leading a consortium bringing together biologists and chemists belonging to 6 different laboratories (Inserm U1078 and UMR CNRS 6521 in Brest, ENSCR UMR CNRS 6226 in Rennes, Inserm U915 in Nantes, UPR CNRS 4301 in Orléans and UMR CNRS 8585 in Evry). The goal of the research programme entitled “DNA nanoparticles for skeletal muscle and airway epithelium in vivo gene therapy” is to develop non-viral vector formulations optimized for in vivo gene transfection into the muscle and the airway epithelium. In this context, we learnt with John Wolff (Madison, WI, USA) how to perform Hydrodynamic Limb Vein administration. Now, we are also performing some successful aerosolisations of our complexes, leading to a pulmonary expression. On that plan, we have been collaborating with Steve Hyde’s group in Oxford (UK). The CF Gene Therapy development is also supported by VLM (Vaincre la Mucoviscidose, the French Cystic Fibrosis foundation).

Finally, as regards the technological applications, our research resulted in several patent applications and our broad expertise in non-viral vectors led to the creation of a technological platform in Biogenouest, platform termed “SynNanoVect” (directed by Tristan Montier), which involves teams from 4 laboratories (U1078 Brest, UMR CNRS 6521 Brest, UMR CNRS 6226 Rennes and U991 Rennes), whose goals are to synthesize and distribute our original synthetic formulations but also to perform some in vivo imaging analyses or electroporation assays. It was awarded the IBiSA label in 2008 and was renewed in 2012. SynNanoVect is certified ISO 9001 : 2015. 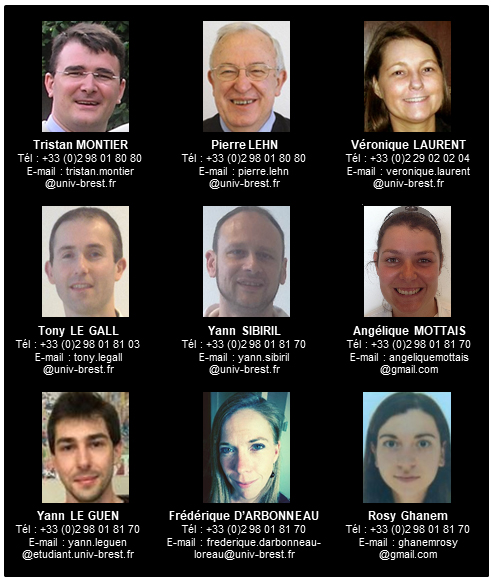 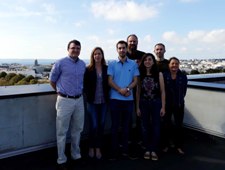 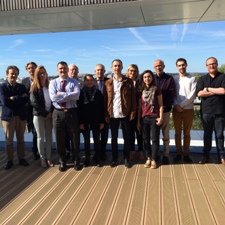 Publications of the team : Gene transfer and Gene therapy 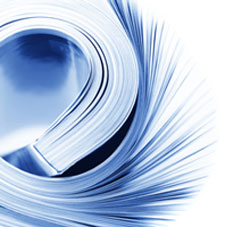